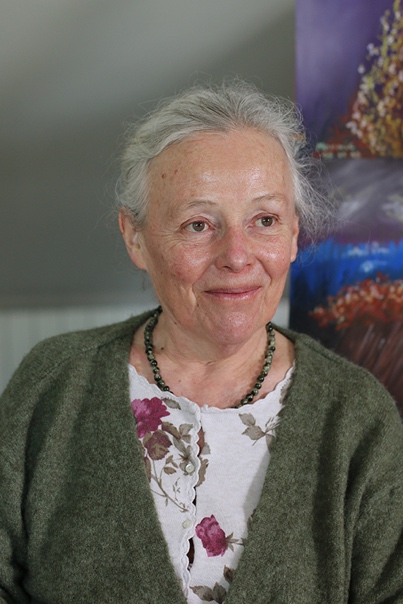 Anne Mounic, the most prominent French figure in Robert Graves studies, died in February this year at the age of 66, after a long and courageous struggle with cancer.

Robert Graves was a somewhat neglected figure in France at the time Anne Mounic embarked on her academic career. It was Bernard Brugière, professor of English literature at Paris III, who suggested him for her doctoral thesis, ‘Mythe et Littérature: Robert Graves’, which she defended in 1991.

Anne Mounic’s major Gravesian study, Counting the Beats: Robert Graves’ Poetry of Unrest (Amsterdam: Rodopi), appeared in 2012. In a review which is as illuminating on the poet himself as it is on his critic, Vincent O’Sullivan praises her as ‘a marvellously astute commentator on Robert Graves’. The book builds on her distinctive and erudite papers at Robert Graves Society conferences and articles in the Society’s journal Gravesiana (now the Robert Graves Review).

Anne Mounic lived at Chalifert, a village in the Marne forty km from Paris, where she and her husband, the artist Guy Braun, collaborated in their studio (Anne was also an artist and illustrated her own work), and published under the imprint Atelier GuyAnne.

In the summer of 1997 Anne Mounic was delighted to visit Robert Graves’s house at Deià and to meet Beryl Graves, as was Guy Braun, who spent an idyllic childhood at the nearby village of Llucalcari and often saw the poet about on his walks.

Those who knew Anne Mounic will remember her luminous personality, her incisive intellect, and her quiet but determined character.

The Robert Graves Society offers its sincere sympathy to Guy Braun and to Anne Mounic’s relatives.

These can be found in the archive of The Robert Graves Review (https://www.robertgravesreview.org/archive.php?tab=7).